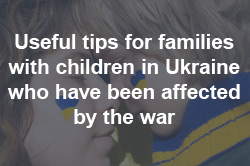 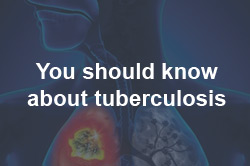 LHSI experts continued visiting sessions at the 52nd Union conference. This time, experts were drawn to the session on social and behavior change communication strategies to end TB.

Previously, LHSI was engaged in Communication component of the GF R7 grant on Tuberculosis when it facilitated the expert working group to develop Ukraine’s national TB Communication Strategy. The new national strategy on Advocacy, Communication and Social Mobilization (ACSM) be seen at MOH website.

The session started with a presentation from India about the commercial media market. It has been a pioneer in understanding the consumer behaviour and how to induce positive behaviour change towards their products and services among the target consumers. But it’s time to change the game. The international projects often took a similar view on vulnerable groups as its beneficiaries, consumers. The development communication approaches have to become as versatile and market oriented as their commercial counterparts before the resulting campaigns can be as effective.

Discussion then continued on how not to neglect the role of social media in promoting health information. Many people nowadays, especially younger people, use social media continuously, so it needs to start playing a more active role to engage patients in the health communications. Social media is especially open for people to discuss sensitive topics of personal health, find other people and create interest groups. In the EECA region, many social media groups have already been established, such as a ‘TB Community’, ‘VECA TB’, ‘TBpeopleUkraine’ groups on Facebook, Fighting AIDS, Tuberculosis and Malaria in LinkedIn, and many others.

The last speaker focused on the role of art and cinema in fighting TB. During discussion, some people mentioned that the resource called Audiopedia, does not always allow download videos for free.

Interestingly, on Facebook ‘TBPeople Ukraine’ group site, it is now possible to access the video on TB produced by USAID project (in Ukrainian). The video can be viewed here.

It should be summarized that information videos on TB can be a powerful tool to inform and disseminate knowledge about TB and its symptoms among wider population. They may be used in providing information among groups of higher risk to TB.

Interesting links to information materials produced by LHSI can be found here.